The following individuals were elected as members of the ISHHR Council at the 10th ISHHR Conference in Novi Sad, Serbia, in September 2017. Together, they represent a diverse range of disciplines, expertise, skills and knowledge, that guides the decision-making processes of the organisation. 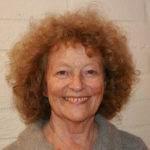 Gwynyth Overland, PhD in clinical sociology and the sociology of religion, has served as senior adviser at Southern Norway Regional Trauma Competency Centre (RVTS Sør). Recently her research interests have included the study of radicalisation and violent extremism, explored in the paper and session “Implementing Counter-narratives in the Radicalisation Process” (3rd ISA Forum).

In addition to books and articles on the meaning of culture for vulnerable populations and refugees’ experience of psychiatric treatment, she has published Post Traumatic Survival: The lessons of Cambodian Resilience (2013) and the anthology Nordic Work with Traumatised Refugees: Do We Really Care (2014). 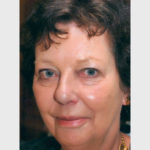 Loes H.M. van Willigen, M.D., Ph.D., was originally trained as a general practitioner, and became involved in providing health care to refugees in 1982; first as a medical doctor, and later as consecutively the director of the former Refugee Health Care Centre of the former Dutch Ministry of Welfare, Health and Culture, and the Pharos Foundation for Refugee Health Care.

Later she worked as a consultant in the area of migration, health and human rights. She was coordinator of the advisory group on ‘the health situation of refugees and victims of organized violence’, established by WHO/Euro (1988 – 1996), and President of the International Association for the Study of Forced Migration (1999 – 2003). At a national level she was, amongst others, member of the Advisory Committee on Migration Affairs, member of the Board of Defence for Children-NL, and Chairwoman of the Johannes Wier Foundation for Health and Human Rights.

Together with, particularly Latin-American, colleagues she established the International Society for Health and Human Rights. 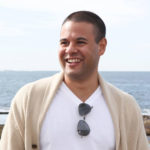 Shaun Nemorin is the Team Leader of STARTTS’ School Liaison Program and has been employed in various roles with STARTTS. Shaun currently manages STARTTS’ psychophysical intervention program in schools across New South Wales for newly arrived refugee and asylum seeker students who have been impacted by trauma.

Prior to returning to Australia 3 years ago, Shaun was employed with the United Nations High Commission for Refugees (UNHCR) in managing community services, child protection, education in emergencies and refugee resettlement in conflict and post conflict areas worldwide. Between 2007 and 2014 he served in Regional office in Beijing covering the People’s Republic of China, Mongolia and Hong Kong, The war in Northern Mali on the border with Burkina Faso, Nepal, the Bangladesh and Myanmar border during the Rohingya crisis, and the Great Lakes operation with refugees from Eastern DRC in Burundi.

Tatjana holds an MA in Social Policy, and works primarily as a special educator and rehabilitator. In addition to this, Tatjana is an activist and expert in social protection and inclusive development. Tatjana is an expert trainer and consultant in the field of NGO management, project cycle management, minority rights and social inclusion of marginalized groups of people. Her fields of special interest in child rights, women rights, and Roma rights. 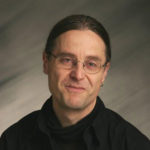 Rolf has worked in the refugee field for two decades; first as a physiotherapist in the municipality, and in different capacities at RVTS West (Resource Centre on Violence, Traumatic Stress, and Suicide Prevention), and the local centre for the integration of resettled refugees in Bergen, Norway. Rolf now does clinical work at the Centre for Migration Health, also in Bergen.

Rolf teaches students of physiotherapy and medicine at the local university college and university about refugees, global health issues and more specifically about consequences of torture, as well as refugees resettled in the area about health and lifestyle.  He is a trained group leader of ICDP (International Child Development Program, minority version), and has ran dialogue-based programs for groups of refugee parents. Furthermore, Rolf continues to facilitate groups of TRT (Teaching Recovery Techniques) for selected groups of refugees.

Rolf is a member of Amnesty International, the Chechen-Norwegian Friendship Association, the local Latin American Group, and other NGOs. 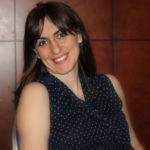 Sopio Tabagua is a licensed psychiatrist-psychotherapist. Sopio graduated from Tbilisi State Medical University (Georgia) in 2002; since 2003, she has been practicing in the filed of rehabilitation. She is currently a coordinator at The Georgian Centre for Psychosocial and Medical Rehabilitation of Torture Victims (GCRT), and also works as psychiatrist in a mental health hospital.

Sopio is a board member of Human Rights House Tbilisi, which runs a free legal aid center for vulnerable people in Georgia, and she is also member of the Georgian Society of Psychotrauma. Finally, Sopio is also a director of  the Georgian Association for Body Psychotherapy, as well as a member of EABP. 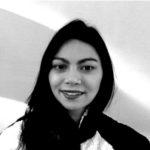 Sofía has been working as a psychologist since 2006. In Colombia she has worked on different projects with children and families at risk, supervising the reestablishment of basic human rights, and giving therapy. In Norway she has been a member of the board of the NGO Helsehjelp til Papirløse, which works with undocumented migrants in Norway.

Last year she was working as a health care coordinator in one of the largest transitory asylum camps in Norway. She and her colleague implemented a self-help group based on the TRT manual (Teaching Recovery Techniques) at the transitory camp.

Sofía’s educational background includes a professional degree in Psychology, with a Major in Social Psychology from the Catholic University Luis Amigó in Medellín, Colombia. She also holds a Diploma in Human Rights and the Rights of Children, and has specialized in Social Psychology through various courses at La Escuela de Psicología Social del Sur in Buenos Aires, Argentina. Currently, she is studying for a Master’s Degree in Development Psychology at the University of Oslo, Norway.

Javier García Pedraz is a clinical psychologist from Salamanca, Spain.  In 2014 he joined the Spanish Comission for Refugees (CEAR). Javier currently facilitates a rehabilitation program for asylum seekers, refugees and vulnerable migrants. Since 2008 he has worked as a psychotherapist with migrants and asylum seekers in Spain in a range of different organisations, and he has also worked with a forced displaced population in Bogotá, Colombia.

He has delivered training sessions about psychotherapy for trauma at the Asociación Española de Psicología Clínica Cognitiva Conductual (AEPCCC), and delivered a seminar on migration in Madrid for students of the University of Washington.

He also works as a journalist collaborator at El País and Contexto ( ctxt.es ) and he was a founder of La voz de Salamanca. Javier primarily writes about human rights issues.

In September 2017, he joined the Council of ISHHR during the Novi Sad Conference. [/expand] 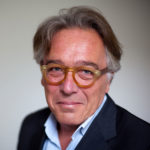 Boris Drožđek, PhD is a psychiatrist and psychotherapist with over 25 years of experience in treating victims of war and political violence. He is associated with Virenze, a network of outpatient psychiatric services in the Netherlands. In addition, he works in his private practice De Hemisfeer and is the international director of the Summer School of Psychotrauma in Dubrovnik, Croatia.

Dr. Droždek publishes in the field of psychotraumatology and transcultural psychiatry, and teaches and gives training and workshops on a regular basis in the Netherlands and abroad. Together with John P. Wilson he has edited the books Broken Spirits: The Treatment of Traumatized Asylum Seekers and Refugees, War and Torture Victims (Brunner-Routledge, New York, 2004), and Voices of Trauma: Treating Survivors across Cultures (Springer, New York, 2007). He was a board member of the NtVP (The Dutch Psychotrauma Society), and the IRCT (International Rehabilitation Council for Torture Victims) Executive Committee member, and is currently a board member of the ISHHR (International Society for Health and Human Rights). 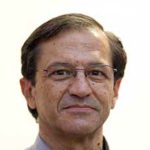 Mariano is a clinical psychologist who has worked for over 20 years with migrants and refugee survivors of torture and organised violence. Since 1991 he has held several clinical positions at the NSW Service for the Treatment and Rehabilitation of Torture and Trauma Survivors (STARTTS) where he is currently the Clinical Services and Research Coordinator.

He is responsible for the quality and supervision of STARTTS’ clinical services, which are provided across NSW. He has on different capacities conducted and participated in several successful projects on psychosocial and mental health issues affecting refugees. He has overseen the implementation of a computer assisted clinical assessment platform in a number of different languages that can be used with all clients, including those with low literacy skills.

Mariano is currently involved in a number of national and international research projects related to best and innovative practice in refugee trauma treatment. He has represented STARTTS on many forums and conferences nationally and internationally, and is the co-author of a number of journal articles and book chapters on issues related to refugee trauma. Mariano served as ISHHR Secretary General between 2011-2017.

His work has focused on children and their parents/caregivers, in different settings, in the UK, Zambia and Norway. Patrick helped the Zambian Ministry of Education develop support for school’s special education systems and introduced the first Portage Guide project for children with disabilities in Zambia 1993 – 1995. Together with former colleague and fellow ISHHR board member, Rolf Vårdal, Patrick cooperated with Paz y Esperanza, Ayacucho, Peru, as a result of contacts established at ISHHR’s conference in Lima in 2008.

Patrick has worked for The Resource Centre on Violence, Traumatic Stress and Suicide Prevention in Western Norway (RVTS Vest) since 2006. He supports services working with refugees, offering consultation, supervision and training. The main focus is helping services develop more culturally appropriate, trauma sensitive approaches. Recently he has been learning to use Bruce Perry and the Child Trauma Academy’s Neurosequential Model of Therapeutics (NMT) assessment system.     Patrick trains facilitators who run groups for parents in the International Child Development Programme (ICDP) in Norway and Botswana and has helped support this work in Tanzania. He is currently helping Save the Children evaluate their Child Sensitivity and Protection Projects, including the use of ICDP, in Somaliland, India and Nepal. 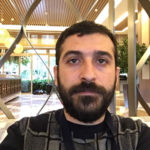 Ersin Uygun is a psychiatrist who holds a Bachelor’s degree in Medicine, and a Masters of Psychiatry. Currently, Ersin works as a psychiatrist in a refugee mental health outpatient clinic in İstanbul (Turkey), where he supervises family practitioners, and Turkish and Syrian mental health workers who undertook training through the World Health Organisation’s Mental Health Action Programme (mhGAP).

Moreover, Ersin has delivered lectures about facilitating clinical assessments at Bilgi University in İstanbul, and is the author of multiple published works. 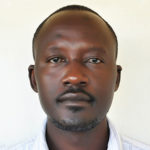 Vincent Alele, a highly respected member of ISHHR Council, passed away far too soon and is deeply missed by the organization. Vincent Alele was a programme manager with Centre for Children in Vulnerable Situations (CCVS), Uganda. Vincent provided overall administrative, organisational and managerial leadership to CCVS. Since 2005, Vincent has worked in different capacities as a teacher, social worker, counsellor, programme manager, and programme officer in the post conflict region of Northern Uganda.

Becoming a member of the International Society of Health and Human Rights means you, or your organisation, will join a global network of clinicians, practitioners, advocates, researchers, and other likeminded individuals and organisations who are committed to aiding the recovery, rehabilitation, and integration of survivors of human rights violations. You, or your organisation, will receive updates from ISHHR, and also will be given the opportunity to capitalise on special offers and discounts at the next ISHHR Conference or event.